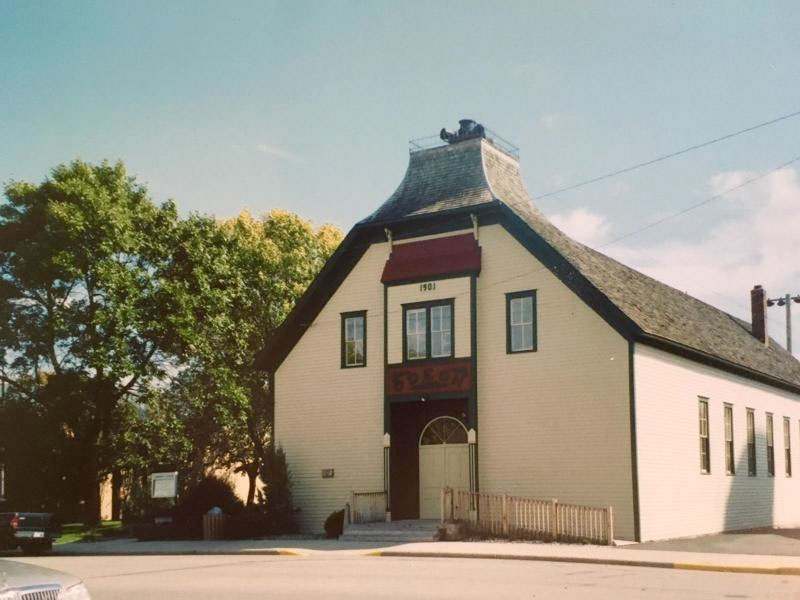 “Preservation is simply having the good sense to hold on to things that are well designed, that link us to our past in a meaningful way, and that have plenty of good use left in them.” ~Richard Moe, National Trust for Historic Preservation.

As this apt quote from Moe illustrates, there are several great reasons to preserve old buildings. Though it’s costly, it also serves as an investment in community. The small town of Belview, Minnesota has made it a priority to preserve its iconic Odeon Hall.

Since its construction in 1902, Odeon Hall has served as an important gathering place for residents. All sorts of cultural, social, political, spiritual and civic events have taken place there over the years.

After 75 years of use, the building fell into disrepair. A Preservation Committee was formed in 1978 to help restore and care for the building and it was successfully listed on the National Register of Historic Places.

Today, Odeon Hall remains an integral part of community life in the town of less than 300 people. Joanne Aamoth, the volunteer head of the Belview Heritage Preservation Commission, says the hall is used regularly for events like dances, wedding receptions and baby showers.

Originally constructed by the city as an “opera hall” at the request of the Belview Dramatics Club for $3,500, the stately hall seats 300. It was designed with Queen Anne style architecture, which was uncommon at the time. It has a beautiful stage and original hardwood maple floors, which were built for dancing. In 1903, The Belview Independent reported, “The Odeon is one of the best halls along the Minneapolis and St. Louis Railroad, between Morton, Minnesota and Watertown, South Dakota.”

A great deal of work has gone into the hall’s restoration. The preservation commission funded new stage curtains and restored the balcony. Over the years, it has had many practical upgrades, like a new foundation, storm windows, insulation, rewiring, a new furnace and the addition of air conditioning.

This historic designation helps the Odeon qualify grant funding. It also means any work done on the building has to follow specific guidelines, which can make renovations more complicated. The preservation commission is currently fundraising for a new roof. Since a particular type of architectural shingle has to be used, it will be an expensive endeavor. The project cost is estimated at $50,000.

A big fundraiser for Odeon Hall will happen during Old Sod Day on September 15, 2018, but donations are welcomed throughout the year. Donation checks can be written to the Belview Preservation Commission, P.O. Box 159, Belview, MN 56214.