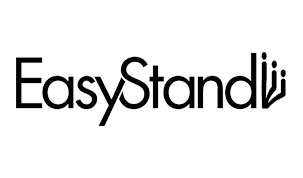 Company’s Innovations Improve Life for Those with Disabilities

“Necessity is the mother of invention,” is a saying that is applicable to entrepreneurism. Successful business ventures are often based on identifying a problem that needs to be solved.

When a spinal cord injury left Alan Tholkes a quadriplegic at 17, his creative ways of navigating mobility challenges turned him into an entrepreneur. He founded Altimate Medical in 1987 and the products he developed improve the lives of people who use wheelchairs.

Tholkes’ initial invention was a folding, lightweight wheelchair that could easily squeeze through narrow doorways. This product provided a foundation the company was built upon.

Now the company based in Morton, Minnesota is best known for a subsequent innovation: a frame that allows people to transfer themselves from a wheelchair to a standing position without assistance.

The idea for this product came when Tholkes noticed a discrepancy in his inpatient and outpatient rehabilitation. Initially, he was tasked with performing standing exercises. But when he returned home there was no way to do them independently.

After further research, he learned that standing has a number of health benefits for people with disabilities, including helping maintain bone density, strengthening the cardiovascular system and aiding with circulation.

This spurred Tholkes to create a standing frame that people can use independently at home. The demand for this product led to the development of a suite of products under the “EasyStand” brand.

Some of latest EasyStand products incorporate gliding movements, much like cross country skiing, and facilitate an increased range of motion and stretching while weight-bearing.

“We are leaders in the field of standing devices, with 70-80 percent of the market share,” says Kyle Smith, Altimate Medical marketing manager.

Smith is a Redwood Falls graduate who attended college at Minnesota State University, Mankato. He’s been with Altimate Medical for 7 years and notes that the company has “extraordinarily low turnover.” About half of the company’s 43 employees have worked there for 15 years or more.

The company continues to grow and ships products on a regular basis to more than 40 countries. It recently acquired Activeaid, a manufacturer of medical assistive devices such as bath and shower equipment. The sister company employs 25-30 additional employees at its location in Redwood Falls and will be operated as a separate entity.

Even though Altimate Medical has changed ownership a few times, the workplace maintains the feel of a small family business, according to Smith. Alan’s brother Todd Tholkes, who helped found the company originally, serves as its president and CEO.

Altimate Medical is also community-minded. For a number of years, the business has made donations to the Redwood Area Education Foundation, supporting capital expenditures outside of the local school’s normal budget. Several employees are on the foundation’s board and give volunteer time to an annual fundraiser for the school as well.

Smith attributes the company’s continued success to its dedicated and skilled employees. “The management team has done a great job of recruiting really talented people,” he says. “With the growth of the business they’ve been able to keep those people around. The ability to recruit and retain talent is huge, especially in a small town.”